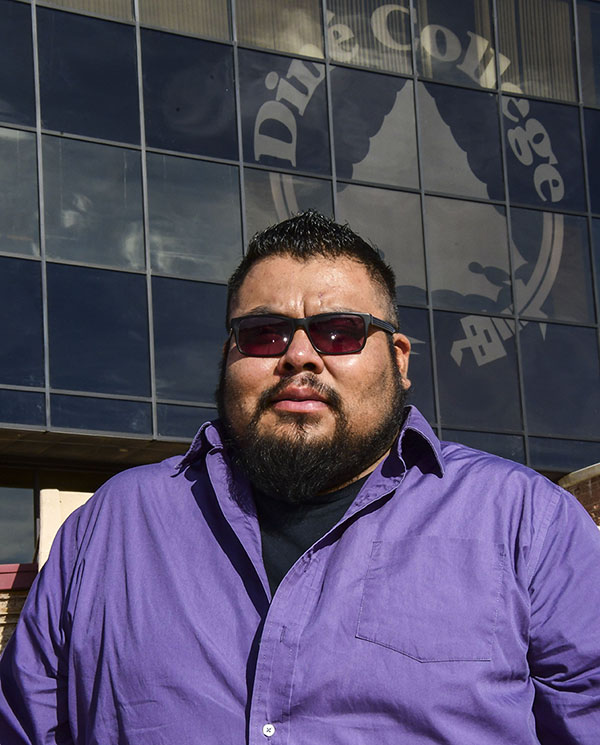 TSAILE, Ariz. — In a school with six campuses in Arizona and New Mexico and a student population of a little more than 1,500, no one should feel like number.

Diné College wants students to receive a well-rounded education by choosing a major that they like and can succeed in. Cordell Chee got that and more and is now set to graduate May 10 with a bachelor’s of science degree in biology — the second cohort of the program which graduated six students last year.

“First, I spend most of my time outdoors, so what better way to enjoy biology if you are already one with nature,” Chee, 27, said. “Secondly, I studied environmental science and with the issues we face such as climate change and the contamination of our water and land here on the Navajo Nation that persuaded me to major in biology.”

Chee, who is from the Tsaile and Wheatfields, Ariz., area, graduated from Chinle High School in 2010. He said his favorite classes at Diné College have been the ones taught by instructors Carrie Cate and Barbara Klein — biology and chemistry.

“Both are amazing instructors who saw potential in me and pushed me along the way,” Chee said.

Chee said he plans to go to graduate school in Fall 2019 at Northern Arizona University in Flagstaff. “Graduate school is definitely the plan. I’ll take the summer off for myself, but will be at (NAU) come fall,” he said.

Like other college students, Chee said there were times when he contemplated changing majors, “…but having the support of my family and the support of the Diné College science department, I’m really glad that I didn’t. They all kept me on the path I chose to be on.”

Chee said his ultimate goal in life is to make a difference, stating, “one step at a time, for myself and for the environment.” Added Chee’s sister Calandra Chee in a Facebook post: “Way to go! Dean’s List, too.”

The other biology grads this year are Tia Lynn Vicenti and Gilberta Ann Yazzie.