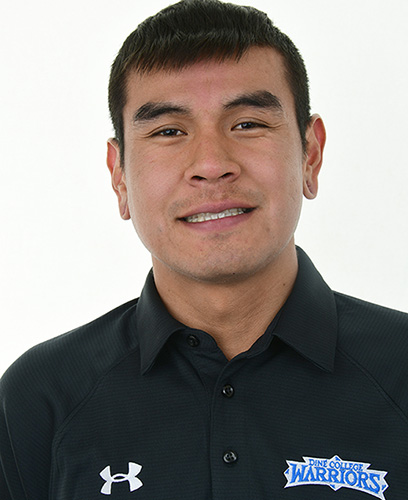 The meet was the first meet of the year for the Diné College runners. The college doesn’t have a track and field team, but participated in the NAU race to stay prepped for the upcoming cross-country season.

“I thought that we ran very well, considering that we’re still getting to know each other as a team and that we haven’t really been practicing that long,” new cross-country head coach Rodell Williams commented. “There were a lot of teams and clubs there, so I’m happy that we competed like we did.”

They say cross-country is the kind of sport where you always see someone new — no matter if it’s at the coaching or running level.

“We welcome (Rodell) as our new cross country coach,” Diné College Athletic Director Shawn Frank said. Frank served as interim head coach during the 2018 cross-country season after Leonard Lee left the job. “He (Williams) was a member of a past cross-country team here at the college.”

Chinle’s Williams was a member of the mid-2000s Diné College team that finished very high at nationals, Frank noted. Williams graduated from Chinle High School, Ariz., and is an avid runner in marathons.