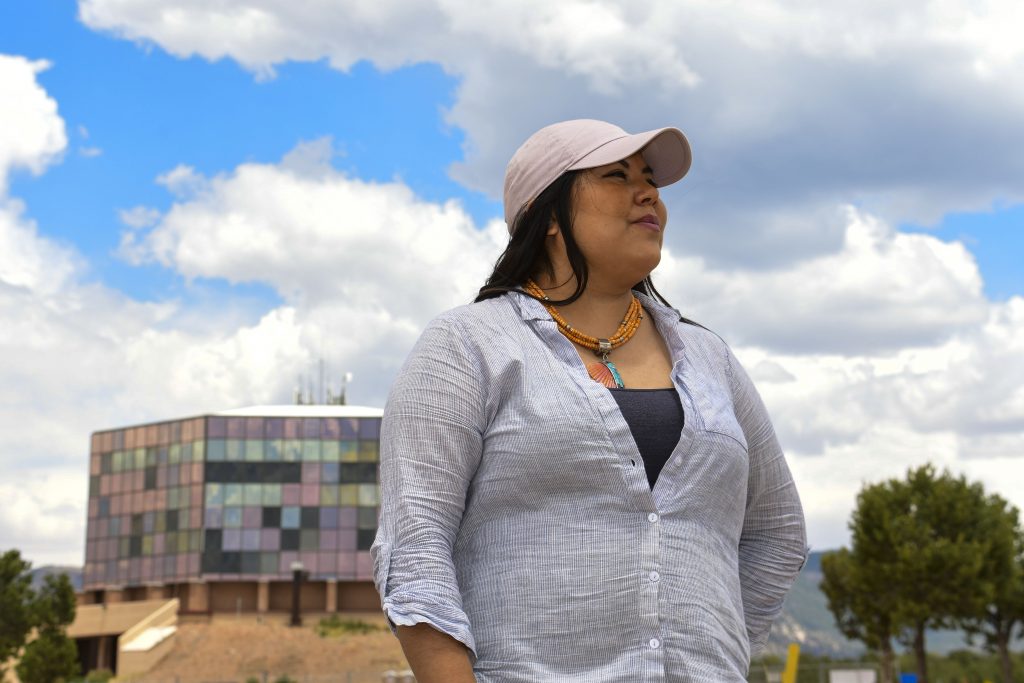 CHINLE, Ariz. — Sometimes, “Plan B” ends up being the best option. For Adrianne Mitchell, her contingency plan put her on an alternate path to the same destination. The 2018 Diné College health occupations grad knew that she wanted to enter the medical field. It was all about discovering the right school, she mused. “I like helping other people and that’s what the health field is all about,” Mitchell said. “Diné College made me realize that that’s what I want to do.”

After high school, Mitchell took the conventional route and enrolled at a Coconino Community College in Flagstaff, Ariz., where she began working on her undergraduate studies. The original plan was to finish, but that plan changed when she moved back to Chine to be with her mother.

Mitchell graduated from Flagstaff High School in 2008. She majored in health occupations while a student at Diné College and received her associate’s of science degree in May.

“I chose my major and I chose to go to Diné College because I’m from (Chinle) and my family is there and Diné College is affordable,” Mitchell said. “In the health field there are lots of jobs and a lot of options.”

Mitchell, 28, said she considered other colleges after graduating high school, but, all things considered, settled on Diné College. She said her most memorable class in her near three years at Diné College was microbiology.

“I felt like I got challenged, really challenged,” Mitchell said. “There were so many discussions in that class. There was so much stuff that we learned. I made a lot of friends in that class.” Mitchell took most of her classes at the Tsaile and Chinle campuses.

She said when she moved back to Chine from Flagstaff, she pondered Northern Arizona University and the University of New Mexico with respect to furthering things, but the plusses associated with Diné College were just too strong.

Mitchell, who has a 2-year-old daughter, Kambrie Henry, said she’ll continue to enjoy the summer and work full-time at her office aide job at the Chinle campus of Diné College. “She is a role model for students and we are thankful to have her,” Cathy Bahe, campus director at the Chinle site, said. Mitchell said Diné College brought out the best in her with respect to academic drive and passion. Ultimately, she said she’d like to get a job working at a place like Indian Health Services in the future.

“I feel comfortable at places like that (IHS) — among my own people and helping,” Mitchell said.