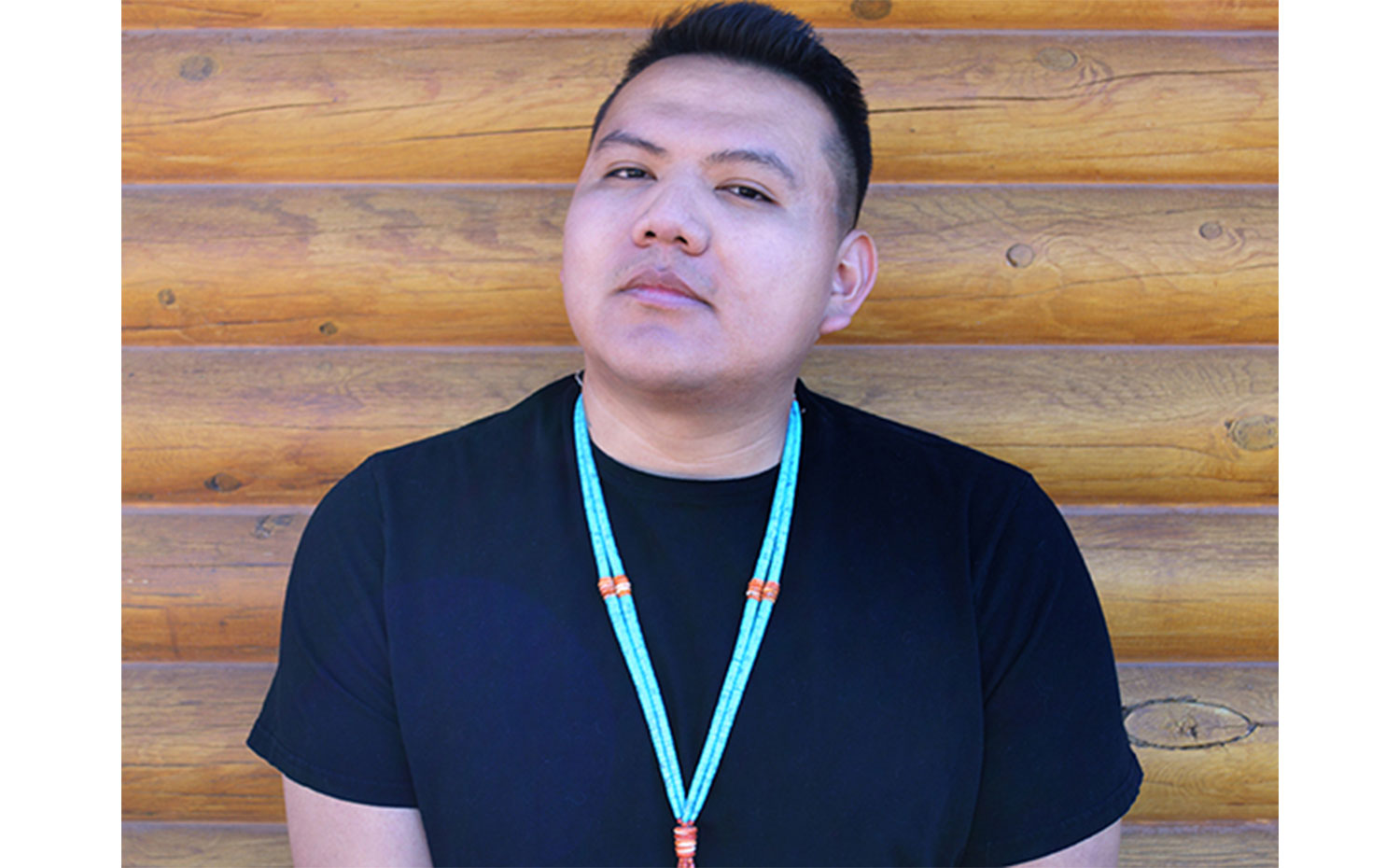 TSAILE, Ariz.— Jake Skeets, a three-year veteran of the Diné College teaching system, was recently named Faculty of the Year by the American Indian College Fund (AICF). The recognition follows a $50,000 award from the New York-based Whiting Foundation which Skeets won earlier this year.

Skeets, an assistant professor of English who is from Vanderwagen, New Mexico, teaches composition, literature and creative writing courses in the college’s School of Arts, Humanities and English. Skeets teaches online courses, too. He said it’s the first time he’s been honored by AICF. The only other Diné College instructor to be recognized for such an honor by AICF is former math professor Henry Fowler.

Skeets has said that he really dove into poetry while a junior in high school and after an English teacher introduced him to Native American poetry. Skeets was also honored by the National Poetry Series (NPS) last year. The NPS is associated with Southwest Missouri State University. He was recognized by NPS for a debut book of poetry called Eyes Bottle Dark with a Mouthful Full of Flowers.

Skeets possesses a master’s of fine arts degree in poetry from the Institute of American Indian Arts in Santa Fe. He holds an undergraduate degree from the University of New Mexico. Skeets’ work has appeared in Boston Review, Waxwing and elsewhere and he is the winner of the 2018 Discovery/Boston Review Poetry Prize.

Diné College Provost Geraldine Garrity said the Provost Council nominated Skeets for the AICF honor. Typically, the award announcement would have been done at the college’s graduation, but due to the coronavirus pandemic that wasn’t possible, Garrity said.

“We at the college are very pleased to see Prof. Skeets receive the award,” Garrity said.

The American Indian College Fund was established in 1989 as a non-profit organization to provide American Indians with student scholarships. The AICF also helps support tribal colleges and universities (TCUs) located on or near Indian reservations through capital grants and programs such as cultural and language preservation, early childhood education programs on-campus for children of students and community members, fellowships for faculty development, and college readiness, internships, career readiness and leadership development programs.

Since 1985, the Whiting Foundation has supported creative writing through the Whiting Awards, given annually to 10 emerging writers in fiction, nonfiction, poetry, and drama. The awards, ($50,000 each), are based on early accomplishment and the promise of great work to come.