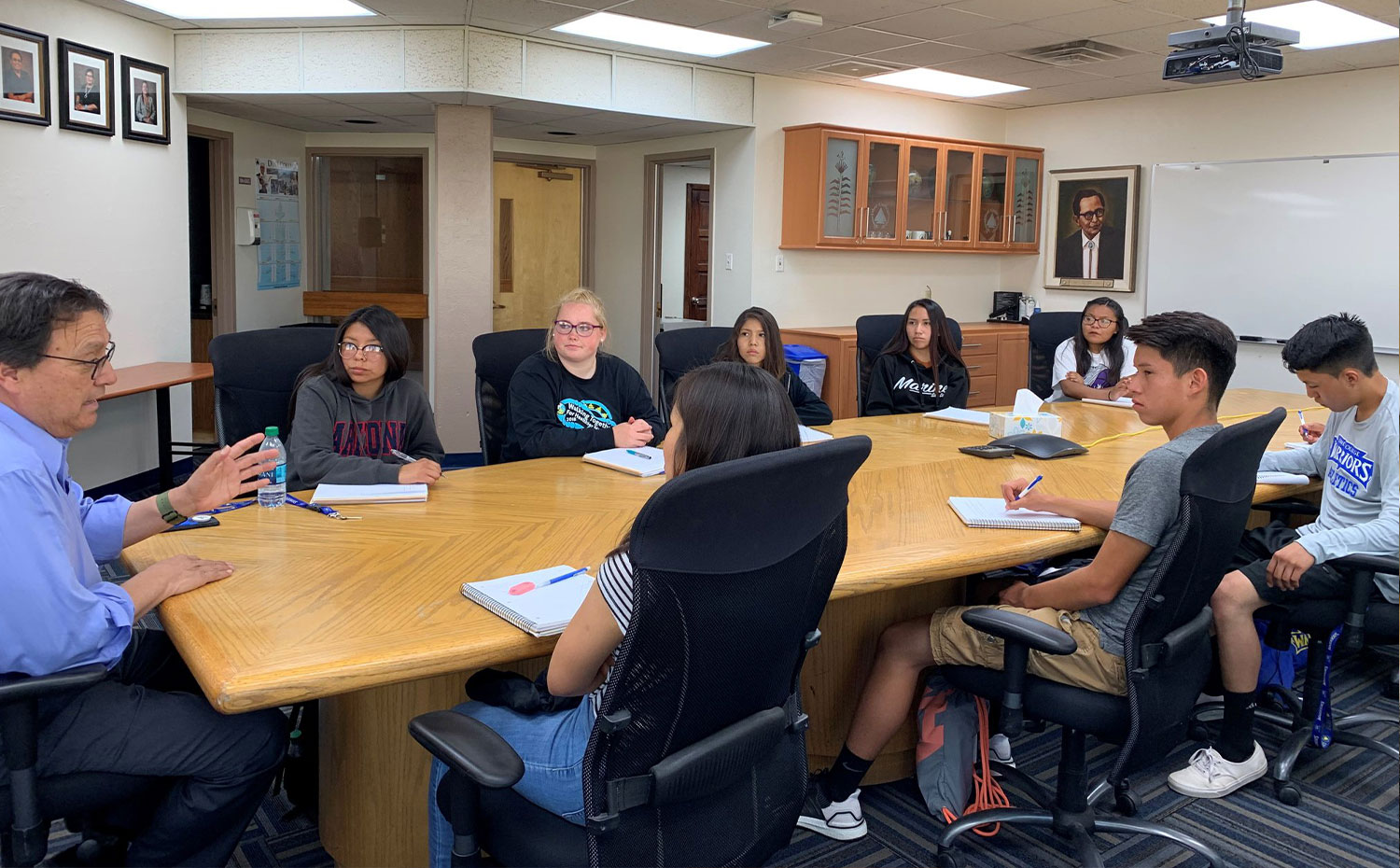 TSAILE, Ariz. — Close to 300 people representing the arts and humanities, education, law, business, politics, science, the armed services, human rights, and other sectors, are the newest members of the Cambridge, Mass.-based American Academy of Arts and Sciences (AAAS) — the country’s oldest honor society.

Among the new members is Diné College President Charles Monty Roessel. The membership list includes high-ranking college officials from around the world and Roessel is the first Diné College president to be a part of (AAAS). The 2020 list includes eight Indigenous scholars.

“You see the names of presidents from Harvard, Stanford, Arizona State University and then you see Diné College on that list,” Roessel said. “It shows that tribal colleges are every bit as good as any institution of higher learning. It makes me so proud to see our name, not mine in particular, but our college’s name.”

David Oxtoby, president of the (AAAS), and Nancy Andrews, chairwoman of the organization’s board of directors, announced the matter in a news release. “The members of the Class of 2020 have excelled in laboratories and lecture halls, they have amazed on concert stages and in surgical suites, and they have led in board rooms and courtrooms,” Oxtoby stated in the release.

“Andrews said, “When (AAAS) members come together, bringing their expertise and insights to our work, they help develop new insights and potential solutions for some of the most complex challenges we face. We congratulate these incoming members for excelling in a broad array of fields; we want to celebrate them and learn from them.”

The AAAS was founded in 1780 by John Adams, John Hancock, and others who believed the new republic should honor exceptionally accomplished individuals and engage them in advancing the public good.

Roessel, Ed.D., president of Diné College since 2017 — a four-year school founded in 1968 and the first tribally-controlled (Navajo) institution of higher learning in the U.S. The college operates six campuses in Arizona and New Mexico.

Roessel was part of a group of 276 selected in the 2020 membership class, which also includes former attorney general Eric Holder and singer and songwriter Joan Baez. Past members elected to (AAAS) include poet Robert Frost and civil rights icon the Rev. Dr. Martin Luther King, Jr.