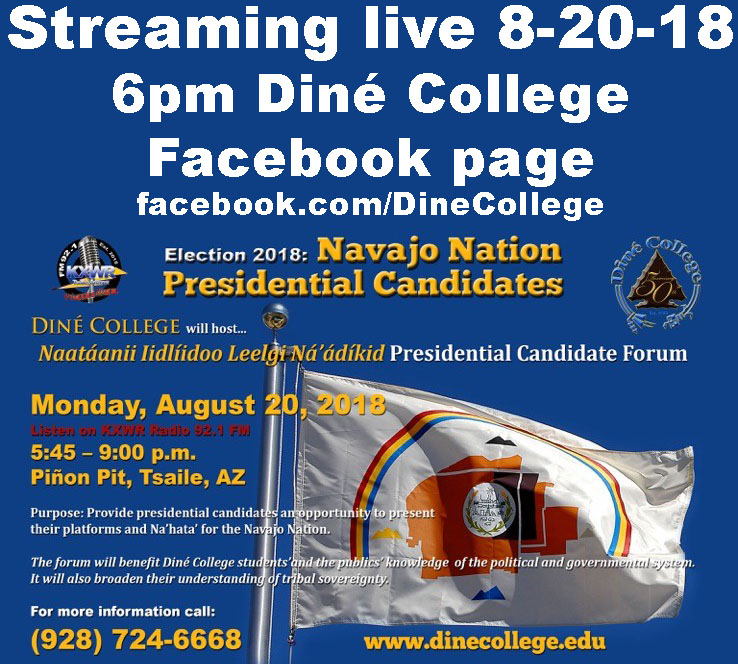 TSAILE, Ariz. — Dorothy Begay is of two minds when it comes to voting for president of the Navajo Nation in the upcoming election.

The Chinle, Ariz., native grew up liking Joe Shirley, Jr., also of Chinle, a past Navajo Nation president and later a candidate in a separate presidential election, but she isn’t sold on Shirley this time around. Shirley is one of a handful of candidates with prior Navajo Nation governmental experience running for the top job.

The Diné College/Tsaile presidential forum runs from 5:45 p.m. to 9 p.m. at the Piñon Pit. The forum is free and open to the public.

“There are a lot of good candidates and with this last political forum I’ll make a decision as to who I want to vote for,” Begay, 71, said. “I think they are all pretty good.”

The past presidential forums have been held at venues in Arizona and New Mexico — at Twin Arrows Casino near Flagstaff and at Navajo Technical University in Crownpoint.

Voters go to the polls Aug. 28 in a general primary. The top two presidential candidates coming out of the primary advance to a Nov. 6 general election.

A exit poll taken by Diné College’s Diné Policy Institute indicates that Chee was a favorite at the time. Chee represents Shiprock on the Navajo Nation Council.

Shirley and Benally lost the past election to Begaye and Nez. Begaye is the second president in the history of the Navajo Nation who is from New Mexico, with Ben Shelly of Thoreau the other. Shelly’s vice president was the Princeton University-educated Rex Lee Jim.