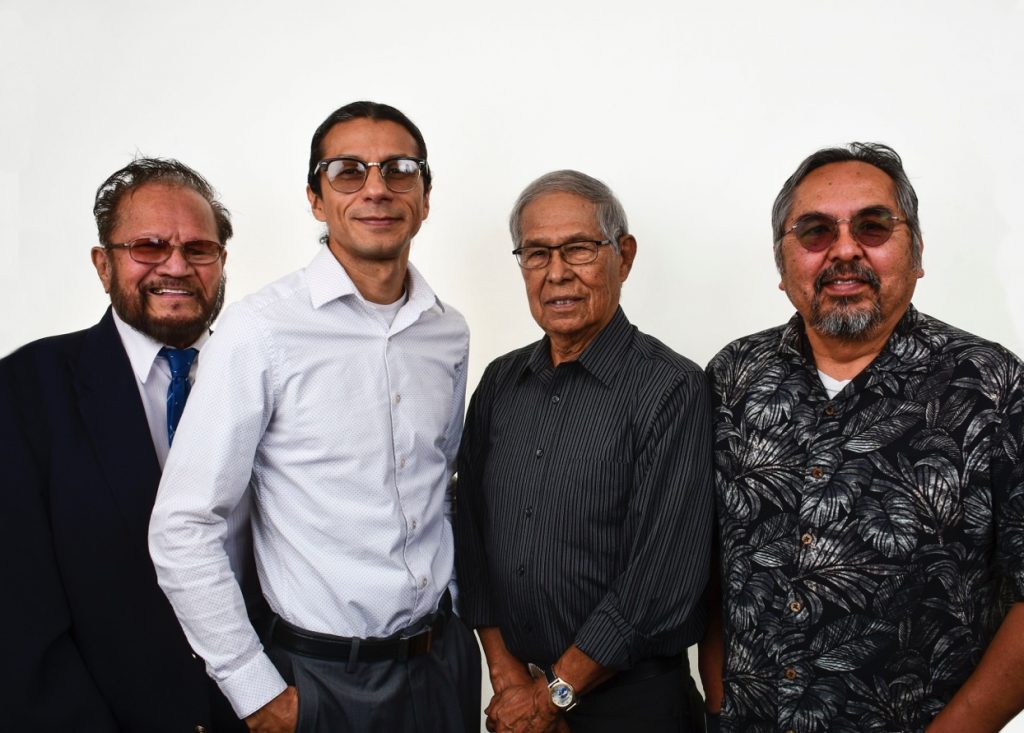 Tsaile, Ariz. — Diné College officially created four new schools as of Fall 2017 and with the start of a new full semester this year, officials are lauding the move. The move consolidates eight academic programs and, in the process, puts into place four school deans.

The consolidation represents a historic change for Diné College, established in 1968 and the first tribally-controlled institution of higher learning in the U.S. — long associated with growth and expansion.

“This is a program that stands to grow even more,” Bauer said of public health. “I continue to hear nothing but good things about it.”

Michael Lerma: — Lerma, Ph.D., is a native of Santa Maria, California, and started in January 2018. Lerma is the Dean of Business and Social Science. He is of the P’urehpecha tribe and possesses undergraduate and graduate degrees from UCLA and the University of Arizona, respectively.

James Tutt: Tutt, M.Ed., started in August of this year at Tsaile, having previously worked as an administrator at Diné College’s Shiprock campus from 1975 to 1988. He is the Dean of Science, Technology, Engineering and Mathematics, and the former president of Navajo Technical College. Tutt, who is from Red Valley, Ariz., is a graduate of Fort Lewis College in Durango, Colo., and Western New Mexico University. “There are a lot of changes since I was last here,” Tutt said. “Particularly with the aesthetics of the buildings.”

Lawrence Isaac, Jr., — Isaac, Jr., Ph.D., is the Dean of Diné Studies and Education and a former U.S. Marine. Isaac, Jr., is a former Dean of Students at Navajo Technical College in Crownpoint, where he worked under Tutt. Isaac, Jr., was the first student body president at then Navajo Community College — since named Diné College in 1997. Isaac, Jr., holds a doctoral degree from the University of Arizona and is one of the early graduates of Diné College. Isaac, Jr., assisted in the formation of Diné College’s satellite campus in Kayenta, Ariz., in 1997 and was the Kayenta campus director for a short while.

Paul Willeto: — Willeto, Ed.D., carries 30-plus years of teaching experience at Diné College and has held several academic dean positions over the years. An accomplished artist with a graduate degree in fine arts from the University of Michigan, Willeto is a former Dean of Instruction and Dean of Faculty and Instruction at Diné College.