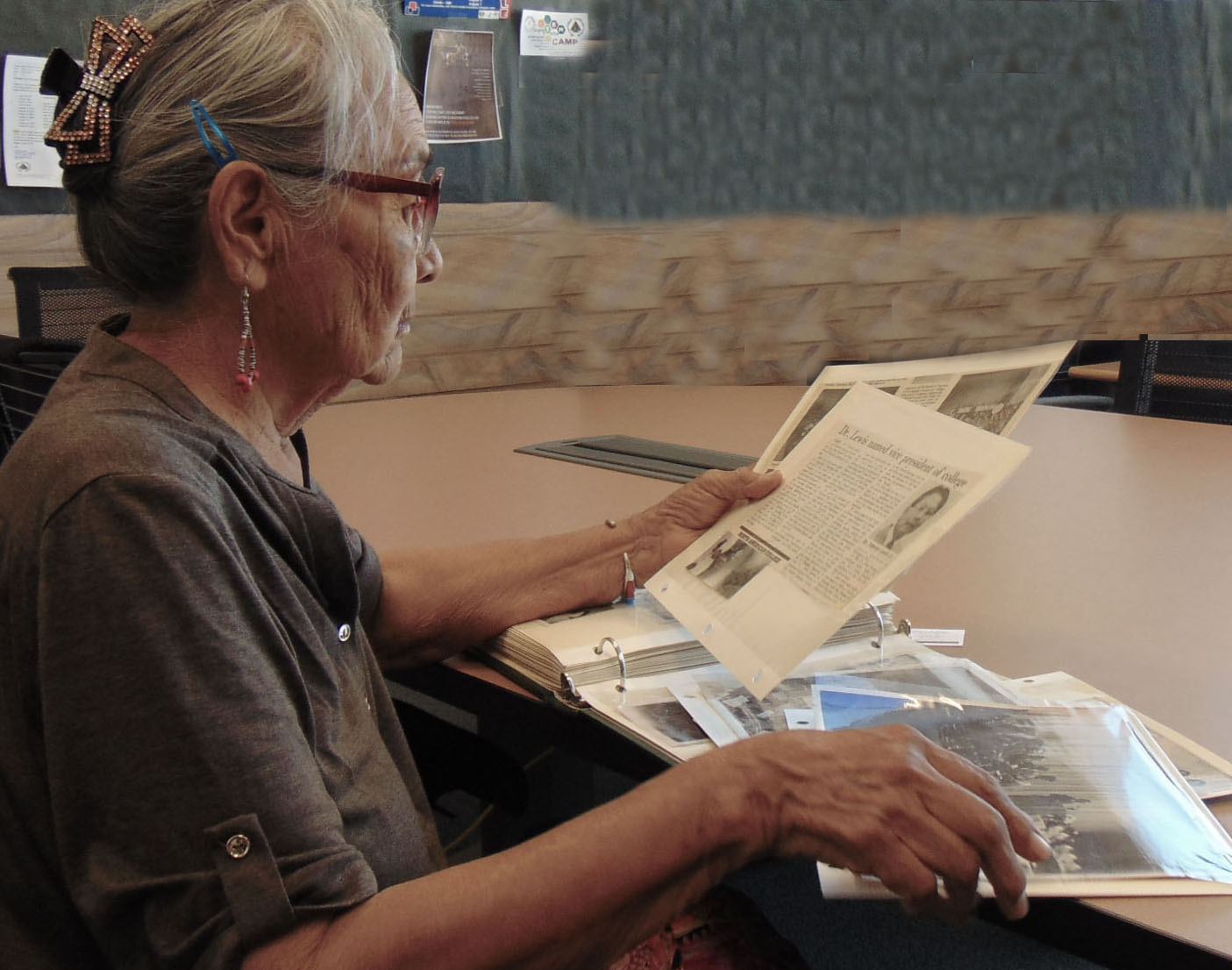 1970S DINÉ COLLEGE GRADUATE: ‘WE GOT A GOOD EDUCATION’

In the beginning, there were just two buildings – and they were double-wide mobile homes. There weren’t many students or course offerings and sports teams weren’t yet thought about.

These days, Diné College boasts the Ned Hatathli Cultural Center — the tallest building on the Navajo Nation and currently undergoing renovation, the Ruth and Ruth Roessel Archive Center and the Student Success Building. The latter two are relatively new building, built within the past decade.

Barbara Begay
Begay, 76, was born to shepherding parents near Kaibito, Ariz., parents who didn’t go to college. It was something that just wasn’t talked about much, Begay said of higher education.

“You were needed to work the land and stay around the home,” Begay said. “We didn’t think outside of that box.”

Begay ran away from home as a teenager and enrolled at Diné College in Many Farms, Ariz., which is where Diné College began in 1968 as the first tribally-controlled educational institution. It was a decision that paid dividends in a lot of ways, she said.

“I wanted to go to school. I had this yearning to learn as much as I could. I wanted to learn about Navajo culture and everything I could about Navajo. Things were so different back then. We got a good education.”

Begay started Diné College in 1969 and graduated a couple of years later with an associate of arts degree in elementary education.

She has taught Navajo Studies around the Navajo Nation, at elementary schools in Lukachukai and Shonto in Arizona.

Looking Back
Along the Diné College journey she met and still remembers folks like Avery Denny and Lawrence Isaac, Jr., and Jack Jackson, Sr. She also recalls the late Ned Hatathli.

Denny is a medicine man and Diné language instructor at the Tsaile campus. Isaac, Jr., returned after many years and was recently named Dean of Diné Studies and Education at Tsaile. And Jackson, Sr., served the Arizona legislature for two decades in the House of Representatives and Senate. Jackson retired as a Diné College administrator.

“I knew them all. (Jack Jackson) was a very good teacher. Everybody liked him,” Begay said.

On the current state of the Navajo language, Begay, who speaks fluent Navajo, said, “Kids don’t really value it. They don’t think it’s important. I grew up with Navajo as my first language.”

Continued Begay, “A lot of the students back than never had scholarships. That was too much trouble. Diné College fit what was needed at the time,” she said.